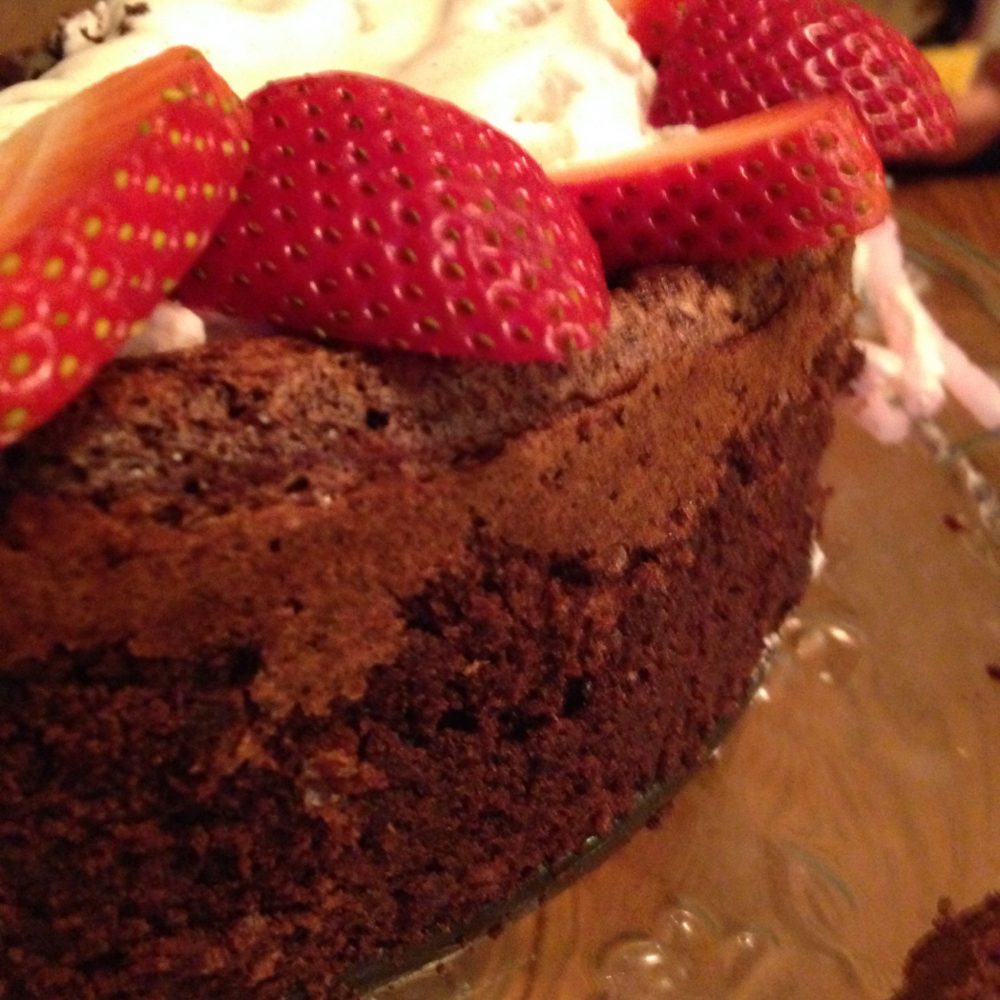 “Mama, we don’t have to worry,” came the sweet voice of my 5-year-old from the back seat.

“Daddy’s birthday. I know God is going to make him the biggest birthday cake in Heaven.”

I smiled at the thought. April 2nd would have been my beloved’s 43rd birthday. He’s been in Heaven for three birthdays now. We still celebrate. We still remember the way he inspired so many to faith and fitness. The girls and I dream often about what he might be doing in his new heavenly home.

I was going through some old pictures on Sunday and I came across this one. This Flourless Chocolate Truffle Torte was one of his favorites. In fact, this is the last birthday cake I made Ericlee. I imagine him digging into a giant version of this today with no guilt.

Baking for a gluten-free guest? Looking for something chocolate and decadent? (Who isn’t?) This. Is. Your. Cake. This has become one of our favorite chocolate desserts ever. In fact, I didn’t even realize it was gluten-free until after making it several times. I love the simple ingredients that I can always keep on hand. Think chocolate truffle in a cake-like form. Perfect for holidays, birthdays or baby showers.

Rumor has it: the strawberry stands are open in Fresno-Clovis where I live. Add some fresh, sliced strawberries and sweetened whip cream and this cake is downright sinful! 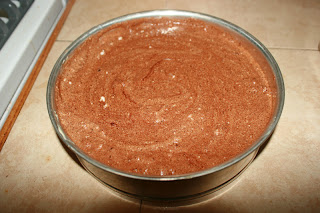 1.Heat oven to 350 degrees. Grease a round spring-form pan with olive oil or line with parchment paper.

2. Melt butter and chocolate together over medium-low heat. Be careful not to burn chocolate. Use a whisk to incorporate the two. Add coffee or vanilla. Set aside to cool.

3. Meanwhile, separate the eggs and beat whites until peaks form. Set aside. 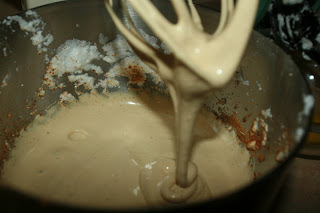 5. Add half of cooled chocolate and half of egg whites to yolk batter. Use a spatula to gently fold in. Then fold in the remainder of the other two. You do not want to beat this or overmix. This will make the cake light and fluffy instead of a a flatter, denser torte. 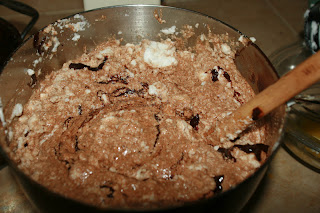 6. Pour batter into pan. Bake approximately 30 minutes until the center is springy or tiny holes have formed.