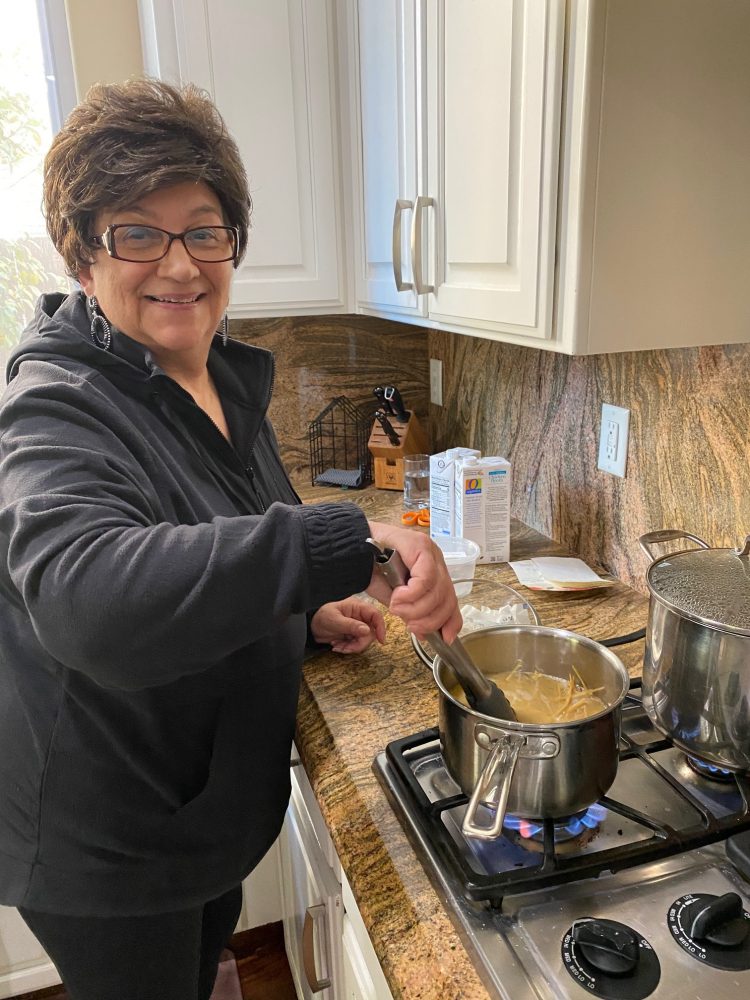 This week our family is traveling the world from the comfort of home. We are sharing stories, recipes, and resources in case you would like to join us and explore a country and culture along with us. The goal is simply to make memories and explore the world through food, books, music, and movies. You have freedom to make this experience your own!

We rounded out our week of “Traveling the World from the Comfort of Home” with a “trip” to Armenia. My mother-in-law’s family is originally from Armenia so we decided to invite Grandma Chris and Grandpa Larry to join us for our adventure. We picked out a few recipes to try making from scratch and Grandma picked up some favorites from Nina’s Bakery, which is one of the top spots in Fresno for Armenian delights.

My late husband Ericlee Gilmore’s great-grandpa was Garabed Bedrosian. He was born in 1883 into extreme poverty in Armenia. His father died when was 9, and he helped his mother to care for the family of five children. Three years after his father’s death, Garabed witnessed the Armenian Genocide. Many were killed. His own village was set on fire, but the family managed to escape to the home of an uncle in a different village.

When the crisis passed, they returned to their home to see what was left. Through that winter, Garabed watch his brothers and sister pass away. He and his mother were the only survivors.

In 1906, 17-year-old Garabed was hired by Americans in the city of Harpoot as a stable boy. He started in a humble position, but eventually climbed the ladder because of his loyalty and work ethic. He was made the body guard of the American Consul General. He served with three agents of the United States government over the course of 17 years, including Leslie Davis who became his life-long friend.

In 1914, at the start of World War I, Garabed fell into the category of men who were assigned to the front lines, but Davis came to his rescue. Davis was able to get him passage to continue his services as his personal body guard. Both men witnessed many atrocities and the killing of many Armenians.

When the United States entered the war in 1917, relations with Turkey (a German ally) were severed and Davis was called to back to Washington. In Davis’ absence, Garabed devoted his time to helping feed the many homeless children and young people in the streets. In 1920, there was unrest in the Turkish government, which affected the Armenians again. Garabed was betrayed and put in prison.

Later, one of the conditions of an alliance between Turkey and France was that the political prisoners be released. Garabed was released in 1922. He immediately got involved with organizing caravans, which took orphans to Syria, Lebanon, and Egypt. He and his family were able to leave with the last group. The family spent several months in Beirut and seven months in France.

In the end, Garabed’s dear friend Davis was able to gain permission from Washington to admit Garabed and his family into the United States. They arrived in Rhode Island in July 1923. The following year, they moved west to California to work in the vineyards of Garabed’s relatives. He eventually bought a small farm where he retired with his wife.

We treasure this family story, which includes many other details. I am grateful for this legacy in my husband’s family. His grandma Arshaloos, one of Garabed’s daughters, married Oran and the couple became missionaries in Haiti. They eventually started Mission for Haiti in the northern mountains of Haiti in 1947. Both of their daughters, Sarah and Christene, along with their brother Dan worked to further the ministry.

Many years later, in 2005, my husband Ericlee and I partnered with Christene (aka Grandma Chris) to start a new non-profit in the northern mountains called Christian Friendship Ministries, which is today Haiti Gospel Outreach. The legacy of the Bedrosian-Bell-Gilmore family lives on through my daughters Meilani, Giada, and Zayla Arshaloos (named after her Armenian great-grandma).

For our Armenian feast, Grandma Chris made her signature pilaf. I made chicken kebabs, hummus, and paklava with my girls. The rest we ordered from Nina’s Bakery. As Grandma Chris describes it, this is a legit Armenian bakery complete with the grandmas in the back rolling the dolma.

Homemade Hummus with Pita Bread or crackers – a dip made by combining garbanzo beans, olive oil, garlic, and lemon juice.

Lahmajun – an appetizer pizza made with meat, onion, and spices spread over a thin pita bread

Dolma – often made with grape or cabbage leaves, minced meat, rice, lentils and other vegetables.

Kufta – football-shaped meatballs made with ground lamb and cracked wheat

Choreg – a sweet bread often made at Easter

Homemade Chicken Kebab – tender pieces of chicken marinated in a yogurt, garlic, and spices and then grilled

Homemade Paklava – a pastry made with flaky, buttery layers of phyllo dough, cinnamon, nuts, and sugar syrup with lemon juice.

(Scroll down for my ideas to incorporate into your “travels.”)

Ideas from our night in Armenia:

*IN CASE YOU MISSED THEM, CHECK OUT OUR ADVENTURES IN JAPAN, ENGLAND, HAWAII, AND SPAIN.

My family has developed a new membership experience for families and individuals who long to travel the world, but might not have the budget for it. We have curated a robust monthly exploration of books, recipes, music, dances, games, and video recommendations for you to learn about countries and cultures you might not be able to visit in today’s circumstances. Global Glory Chasers was created in partnership with Dr. Lucretia Berry, founder of Brownicity. Global Glory Chasers will be a monthly membership program housed in the Brownicity learning community for learners of all ages.

Join the monthly membership program to travel the world from the comfort of your home!