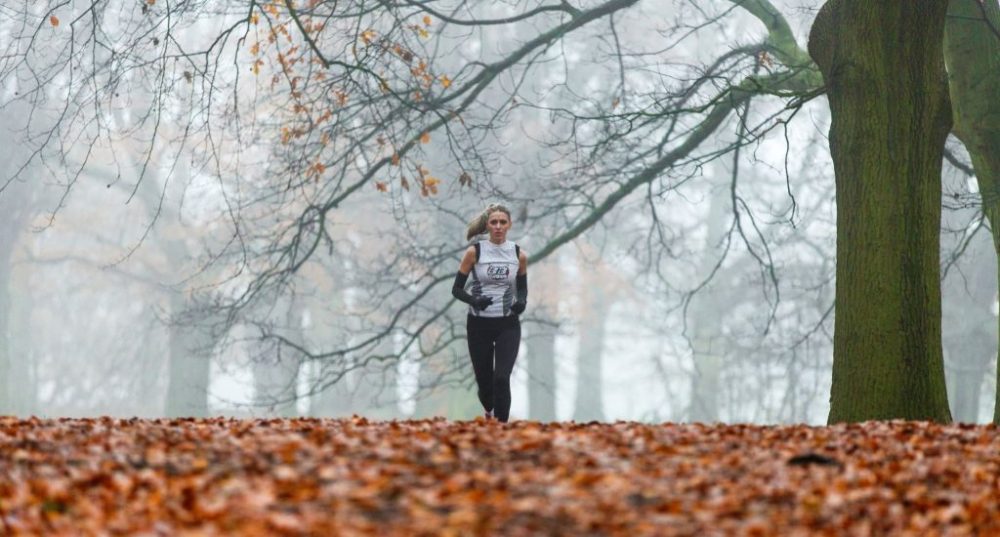 This essay is part of our summer series called “Running for His glory,” focusing on the intersection between running and faith. Lindsey is a guest on my blog today, sharing about how pregnancies took a toll on her body. She had to press the pause button on running for a season, but God brought it back around for her in a new place and new way.

My first pregnancy had complications resulting in strict bed rest at 29 weeks through the end of the pregnancy. My second pregnancy required a more modified bed rest starting at 31 weeks, until the end. (Oh, and these precious little babies were only 13 months apart.)

Yep, two babies in a little over a year. This meant I barely recovered before we had baby #2 on the horizon. Because of the challenges with my previous pregnancy, this momma couldn’t walk much, let alone run during this second pregnancy. My body was a sacrifice for my kiddos, and I felt it.

Before children, running was my go-to adventure. It was my excuse for travel — hello Dublin Marathon! — and my sanctuary. Running helped build my community as I connected with friends over long runs. It was my lifeline.

I met God on those runs. I talked with Him at length. I professed my gratefulness to Him and listed all the good things in life, whether I felt them or not. I pleaded my case in prayer.  And, at times, I lamented great loss. Running was a wholistic endeavor for me.

After baby #2 was born, our condo in the city was a little tight. We knew it was time to move to the suburbs. This meant I was leaving my lake-front running path in the beautiful Windy City of Chicago for who knows what? Sidewalks and streetlights? I couldn’t run on my beloved path for what seemed like ages, and now we were leaving it forever.

We had another child about two years later. This meant I had three kids under three and a half. I hadn’t started running again because, well, life. I was working, I had young children, and I knew that these pregnancies had taken a toll on this body of mine.

I had split core muscles to repair, pelvic floor challenges to consider, and zero time to do the work to heal these things. I felt like I was missing something and no amount of brisk walks was going to replace it.

Sadly, I had given up on ever really running again. I couldn’t see how I could fit it in. Being a wife, mom of three, and working (sometimes part-time, sometimes full-time) meant there was little room to fit in the things I loved. (Can I get an amen from all the mommas of littles out there?)

Running became my long-lost love. And I really thought I would never find it again.

But it found me.

Finally, six years after my oldest was born, we decided I would leave the workforce and stay home with the kids. We felt this was God’s nudging for our family. We made some drastic moves, including down-sizing our house to make it happen.

This was a hard transition for me, but God was working behind the scenes as He always does.

Because I was home now, I could squeeze in the time for physical therapy so I could repair  some of the physical challenges that came from my pregnancies. After doing the necessary work, I was hitting the pavement again. And man, did it feel amazing.

This was the same year that my oldest child started kindergarten. He was making friends left and right, which meant I was being introduced to new parents all the time. It turned out that our new “tiny home” (as I affectionately call her), was in a tight-knit little neighborhood with a lot of amazing people.

Unbeknownst to us, God had moved us right down the street from one of my son’s new best buddies. And wouldn’t you know, his buddy’s mom is a runner. In time, she and I became great friends, and now we run together weekly. In God’s kindness, He brought my lost love back and with even greater blessing.

My body didn’t seem the same. My environment and circumstances had drastically changed. I thought a part of me had died and would not return. But God had different plans and provided in abundance. In His time, He made it beautiful.

I also discovered a running path right behind our house that extends through multiple towns and forest preserves. It winds through marsh lands, meanders through horse farms, and goes on for what seems like forever. That path is an incredible gift right outside our back door!

Friends, let me encourage you to not give up even when it seems like all signs point to the end of something. Our God delights in giving us the desires of our hearts. It may look different than in the past, and it might not come about the way you thought it would, but He will provide.

Don’t give up on the love that He placed in your heart. He placed it there for a reason and will make sure it comes back to you in full measure. 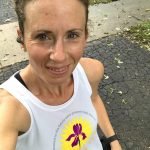 Lindsey is a wife, mom, and part-time Creative Strategist/copy-writer who works from home. Balancing roles and responsibilities keeps her on her toes. She loves to run and be outdoors whenever possible, but her most favorite thing is to enjoy the stillness before her household wakes in the early hours of the morning. You can find her at www.lindseyczarob.com, on Instagram @lindseyczarob and on Facebook @lindseyczarob.

*Dorina and her husband Shawn recently started the Glory Chasers running group on Facebook. They offer up courage, coaching, and community for Christian runners. If you’re a runner or know one, pass it on.

Read more articles in the “Running for His glory” series:

-In “When God brings you full circle,” Dorina describes how sometimes we have to return to particular places, relationships or memories in order to measure just how far we’ve come. She learned this on a trail race she ran a few times in different seasons of life.

-In “How running found me,” Danielle E. Morgan shares her story about how running found her as a young adult and has shaped her health, her mothering, and who she is in Christ today.

-In “Battling negative self-talk,” Kristy Wallace runs us through how she reframes her internal dialogue using scripture. She runs and meditates on specific passages throughout the week.

-In “Discovering running as soul care,” Erin Reibel talks about how she grew into loving running as a busy mama. She consider it an important soul care practice.

-In “Run the hill,” Mark W. Jackson unfolds how running hills has helped him learn perseverance through life’s trials.

-In “Learning to breathe at higher altitudes,” Dorina Gilmore talks about how God breathes life into us, and we live on borrowed breaths as we run life’s path today.

👀 Seeing this book baby on Amazon for pre-sale today made my day! I can’t wait to for you to hold her in your hands next Spring when she enters ...

Today I’m walking through Psalm 96 with you. This one kind of just puts a spring in my step. I can hear the music behind the words! 🎶

I loved this conversation we had on Episode 10, Season 2 of Eat Pray Run with Gena Anderson. Gena is a Jesus-lover, writer, and nurse practitioner who...

✏️ First day of school for my 5th, 8th, and 11th graders! We love how our school kicks off the year with a Convocation, including worship, prayer ...

📚 This summer I helped co-lead a book club for women leaders with @sybilkolbert & @mari.tuten We read Ruth Haley Barton’s 📖 Strengthening ...