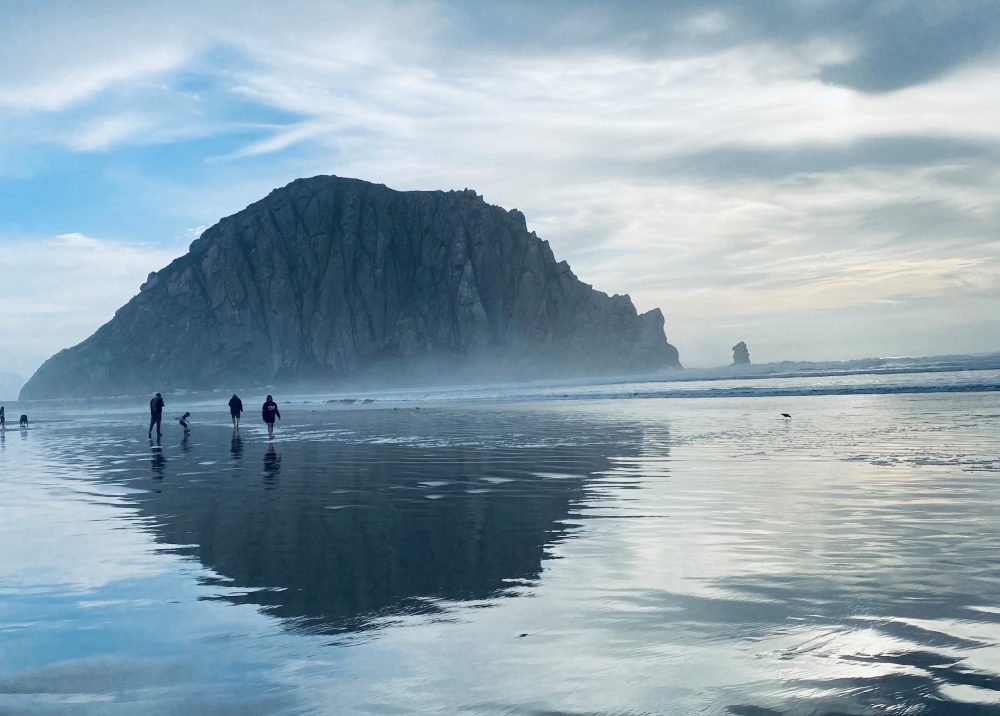 I grew up in Chicago where winters were punctuated by blustery winds, snow drifts, and icy roads. I remember having to put on all the layers to bundle up before school and the strange sensation of my nose hairs freezing when I stepped outside our front door in the morning.

After college, I moved to Central California to chase a career as a newspaper journalist. My first winter in California was decidedly different. People wore boots for “cozy fashion” rather than necessity, and I had to reckon with fog.

The San Joaquin Valley where I live is known for tule fog — a thick ground fog that lingers in this area during the colder winter months because of the mountain ranges that surround it.

The fog is disorienting because you can’t see very far in front of you or around you. When you’re driving through it, you have to travel slowly because other cars or obstacles may be shrouded in the dense, suffocating mist.

In so many ways, 2020 felt like a fog — full of uncertainty, heavy with decision fatigue, and unprecedented changes. Some of us weathered depression, anxiety, sickness, and fear of the unknown day after day. It was difficult to find the way forward. We were isolated from our people, our comfortable routines, and any sense of normalcy. The reality is that might not entirely change now that we have turned the calendar page to 2021.

Several times in the book of Exodus, God reveals Himself through fog and thick clouds. In Exodus 19, the Lord said to Moses, “Behold, I am coming to you in a thick cloud, that the people may hear when I speak with you, and may also believe you forever” (Exodus 19:9 ESV).

Later in Exodus 24, Moses went up Mount Sinai and the cloud covered the mountain again. “The glory of the Lord dwelt on Mount Sinai, and the cloud covered it six days. And on the seventh day he called to Moses out of the midst of the cloud” (Exodus 24:16 ESV). After this, Moses goes into the cloud and stays there for forty days and forty nights. God shelters Moses and speaks to him in this hidden place.

As I scroll through my memory, God reminds me of seasons in my own life where I was navigating the fog. In 1999, when I first moved to California, I was recovering from a broken heart. I was disillusioned with relationships and found it difficult to move forward, to trust again. I went through a long season of challenges, but God continued to reach out to me.

In 2008, my husband Ericlee lost his job right before Christmas when I was pregnant with our second daughter. Our future felt scary and uncertain, but in the same way God provided manna for the Israelites in the wilderness, He provided miraculously for our needs.

In 2014, when Ericlee was diagnosed with stage four cancer, I found myself in a thick fog. I could not understand why we would have to face this disease in the prime of our ministry life and with three young daughters. Even in my husband’s death, God proved faithful again and again. He was present with me in the fog.

In 2018, our family navigated a lot of changes, including leaving our beloved school, church of two decades, and neighborhood. I grieved these losses and felt forlorn about the future. Again, God spoke to me in the thick clouds and brought me comfort and new hope that flourishing was possible.

In hindsight, I see the fog did eventually lift in all those cases. God brought clarity and healing, all in due time. But the most important part to remember is that His presence was with me through the fog.

Sometimes God uses foggy and uncertain times in our lives to draw us to Himself so we can learn to trust Him. When we keep our eyes focused on Him in the midst of uncertainty, He can be like a good set of fog lights penetrating the darkness for us.

I’ve lived in Central California for more than twenty years now. My attitude about fog has somewhat shifted. Fog no longer represents fear to me. The fog ushers in our winter and cozying up at home with my people. When I see the tule fog weaving its way through our hills and streets, I think of Christmas and the new year.

Fog is a fresh reminder that God meets with us in our uncertainty and our longing. He is faithful to us even in the winter seasons of the soul.

*For weekly encouragement and insider resources and recommendations, subscribe to my Glorygram. Let’s connect more personally!

About a year ago, I made a decision to step into a new opportunity to be a part of the Open Door Sisterhood mastermind group. I sat on the invitation ...